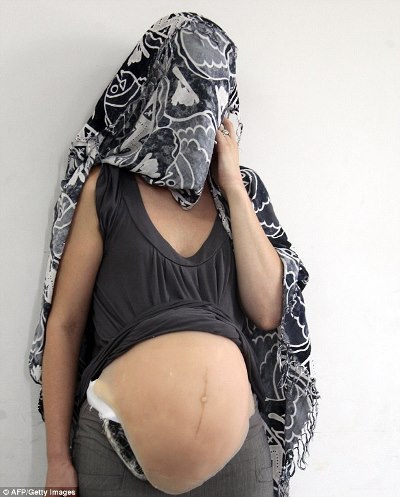 Toronto woman according to AFP who used a fake baby bump to try to smuggle two kilograms of cocaine was arrested yesterday September 11th at Bogota airport by Colombian police.

28-year-old Tabitha Leah Ritchie, identified as a social worker, was stopped while trying to board an Air Canada flight in Bogota, Colombia after an inspector noticed that her belly was unusually cold and hard. Airport security discovered a false belly made of latex taped to her body and they found 2 kilograms of cocaine. Record shows that Ms Richie arrived in Colombia on Aug. 6.